Centreon-HA is the only official and supported solution to set up a highly available monitoring cluster. It includes the following:

Its architecture relies on the ClusterLabs components pacemaker and corosync, allowing fault-tolerance on the following components:

Warning: If you have an IT or Business subscription, please get in touch with your Centreon Sales representative or Technical Account Manager before implementing this. Extensions need specific license files to work on both nodes smoothly.

The cluster services are divided into two functional groups.

The ms_mysql functional group is a multi-state resource. This resource can be in active/primary mode on one node and in secondary/passive mode on another node.

The centreon functional group gathers all Centreon resources to manage them.

All these resources are described in the table below.

Note: The resources of the centreon group are started one after the other in the list order.

For example, Centreon-HA uses location constraints to specify to Pacemaker that the database process needs to be up on backend nodes but not on frontend nodes.

Regarding colocation constraints, they can ensure a Virtual IP sticks to the master nodes and/or role. Therefore Users, Pollers, and Daemons constantly interact with the primary node.

The configuration of a qdevice is mandatory to avoid split-brain and other situations nobody wants to face in a Cluster. The server with the quorum-device role aims to obtain an absolute majority in a vote to elect a master node or resource role.

And on the following Operating Systems:

The only official database server Centreon supports is MariaDB.

Nevertheless, note that we validated that the whole solution can run on MySQL 8 with some modifications, only the community (or your DBAs) can help and support you in running a Cluster on top of an Oracle MySQL server.

For both MariaDB and Oracle MySQL, the replication configuration might be intrusive. We strongly discourage you setting up a cluster on a server holding other application databases, we won't support it.

Centreon supports both 2 and 4 nodes architectures. We recommend using a two nodes architecture except if your organization requires a systematic split of front and back servers or your monitoring scope is above 5k Hosts. 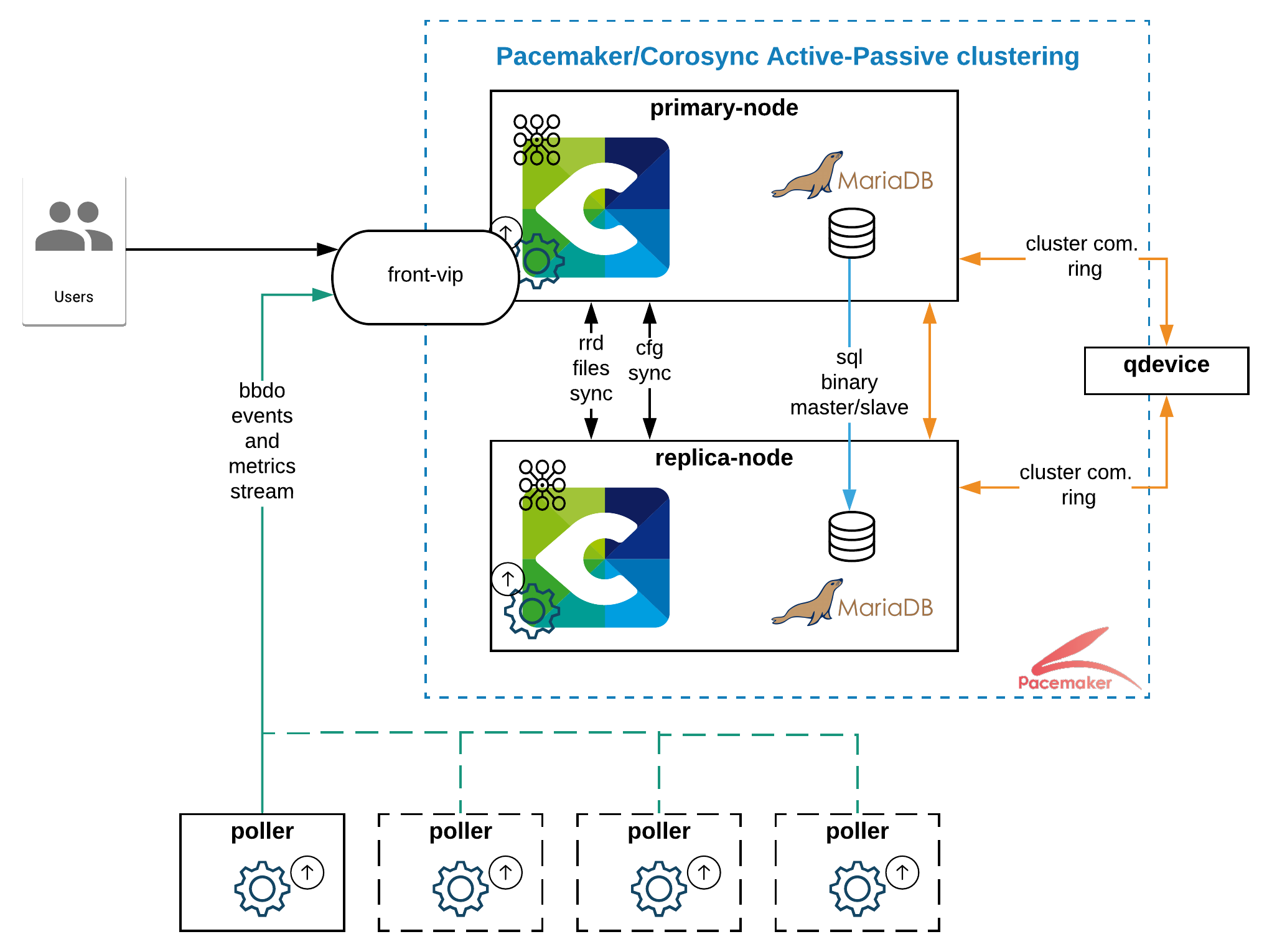 Reach this page to start your two nodes setup! 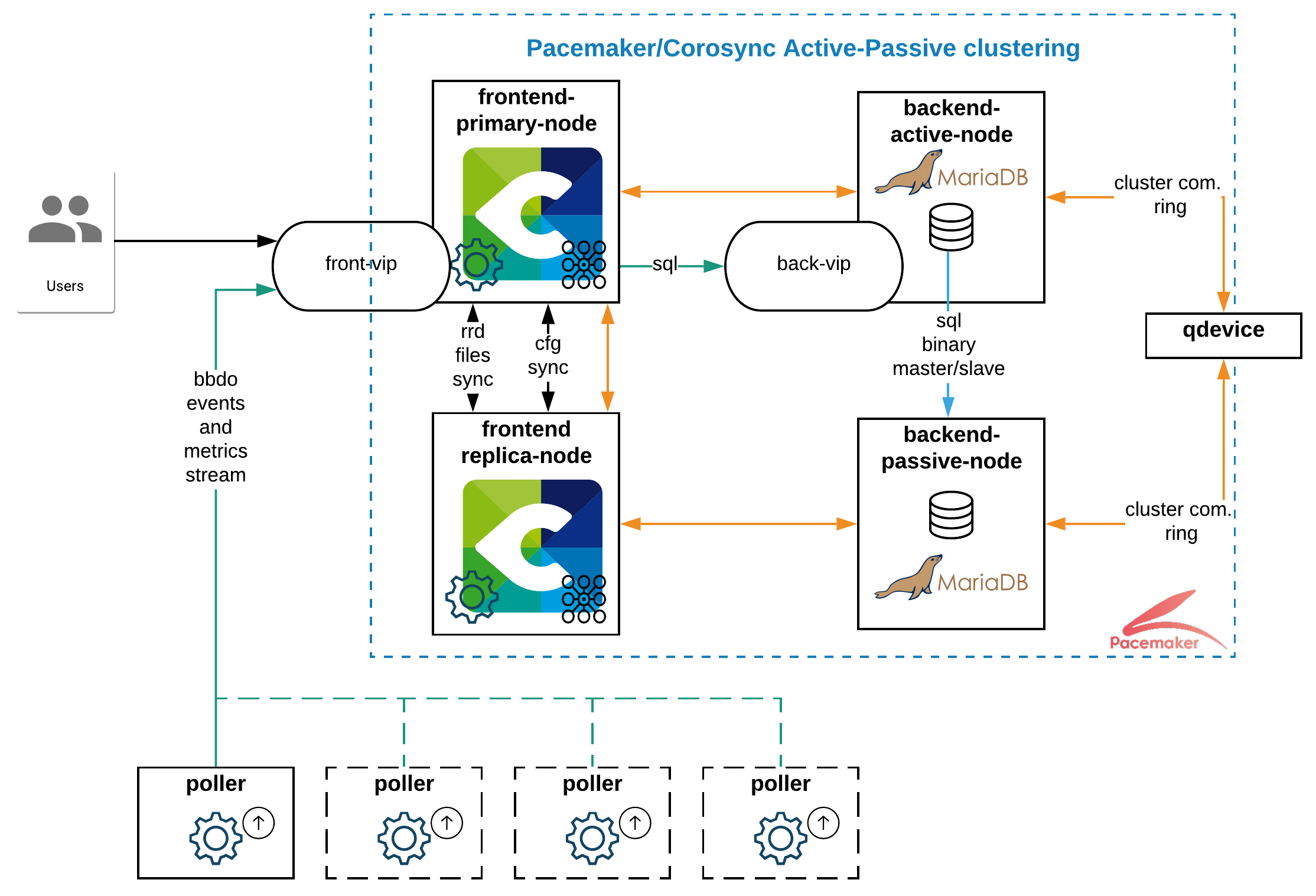 Reach this page to start your four nodes setup!

Setting up a Centreon-HA cluster might be overkill or at least not optimal when all your servers are running in the same datacenter and even more within the same rack.

In a perfect world, the primary and secondary nodes are running on different (geographical) sites, and the qdevice communicate with both sites independently. Obviously, all nodes need to communicate with each other.

Role of the Centreon central server​

In the case of a highly available architecture the Centreon central cluster must not be used as a poller. In other words, it should not monitor resources. Its monitoring ability should only be used to monitor its pollers. If this recommendation is not followed, the centengine service would take too long to restart and it may cause the functional centreon group to failover.

Use a load balancer is an option but it should support custom rules to route application flows.

For example, in a four nodes setup, a load balancer can rely on: