NSClient++ (also known as NSCP) aims to be a simple yet powerful and secure monitoring daemon. It can be used in many scenarios where you want to receive/distribute check metrics.

The daemon has some basic features:

Centreon provides a fully custom and re-packaged version of the NSClient++ agent, named centreon-nsclient. Additionally to the agent native features, it allows to monitor applicative indicators such as Hyper-V, Active Directory, WSUS, SCCM, Microsoft Exchange, Veeam and many others, thanks to the usage of a specific release of the Centreon Plugins for Windows.

These Plugins, parts of the centreon-plugins project are provided as a standalone and Windows compatible package named centreon_plugins.exe. This executable file is automatically deployed during the agent installation and ready to use afterwards.

The following tutorial will help you to understand how to use the centreon-nsclient agent on your Windows servers.

Centreon only supports the custom Centreon Plugins package provided through the centreon-nsclient agent. For any issue related to NSClient++ itself, please refer to the official documentation.

Centreon will publish a new release of the custom Plugins (centreon_plugins.exe and check_logfiles.exe) including new monitoring capabilities as well as bugfixes every month. An updated version of the centreon-nsclient installer (for new installations) including the last versions of the Plugins will also be available on a montlhy basis.

On existing installations, you will only have to update the Plugins, not the agent itself. To do so, read the Update chapter of this tutorial.

Both the installer and the packaged Centreon Plugins are available on the centreon-nsclient Github project page. Look for the latest release and download the relevant files according to the target server environment (x86 or x64):

This chapter is related to a fresh installation of the centreon-nsclient agent.

On the Windows server, launch the installation and follow the wizard: 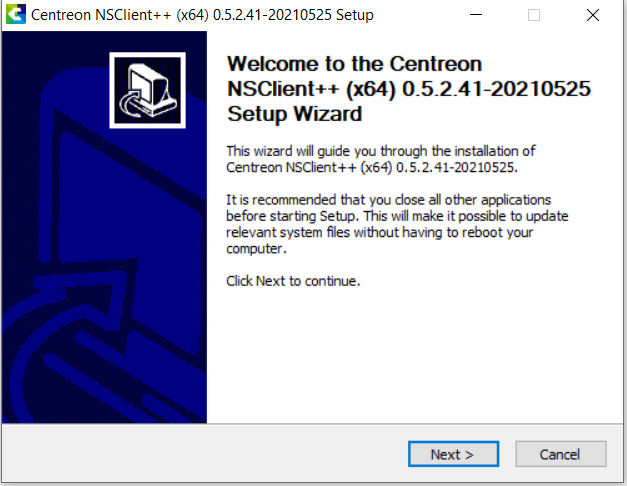 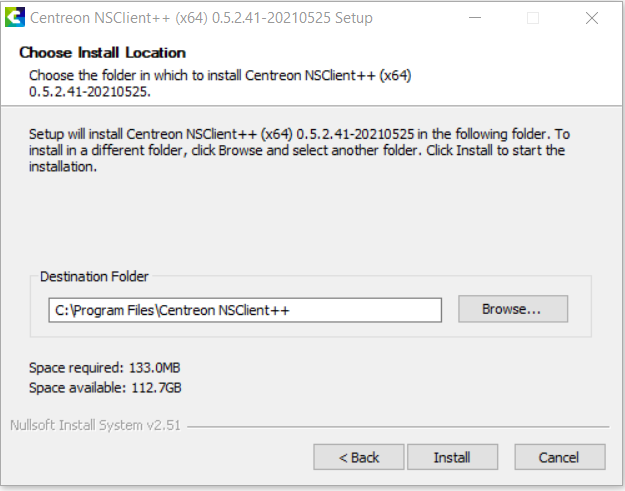 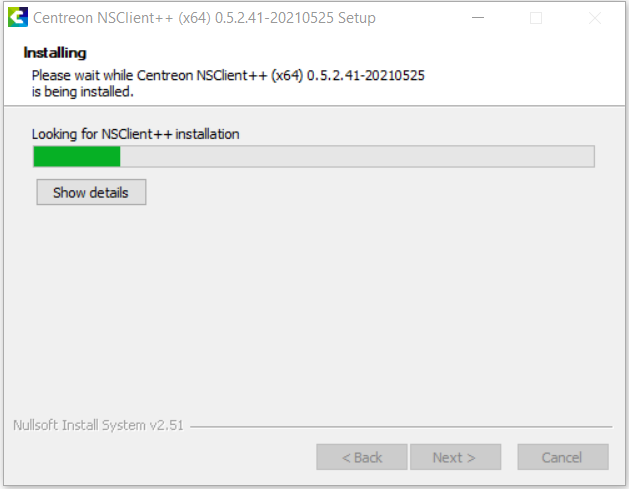 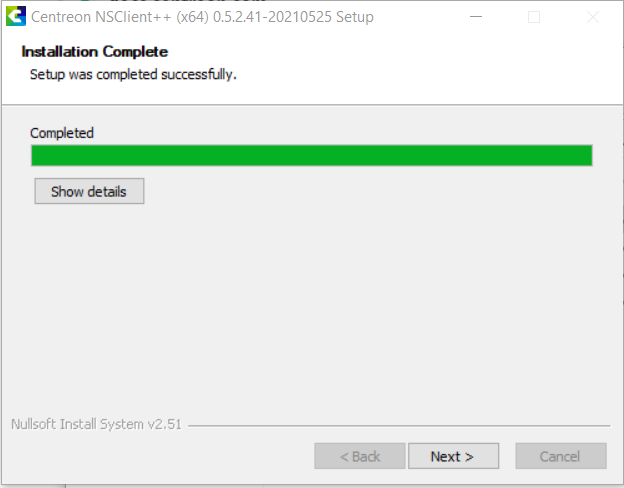 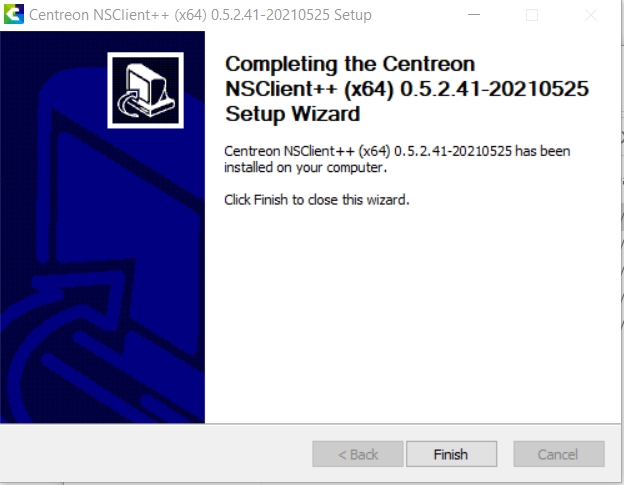 This chapter is related to the update of the custom packaged Plugins centreon_plugins.exe and check_logfiles on a server where centreon-nsclient is already installed.

When the new monthly version of centreon-nsclient is released, you don't have to fully reinstall the agent on your Windows server, only the packaged Plugins can be updated.

To do so, go to the directory where the centreon_plugins.exe and check_logfiles.exe binaries are stored (usually C:\Program Files\Centreon NSClient++\scripts\centreon) and replace the two existing files with the new ones you downloaded from Github (see the Installation chapter).

Be careful to rename the new files with the exact same names of the former ones (remove the versioning part of the files names so the files will be named centreon_plugins.exe and check_logfiles.exe).

The general configuration, of the agent, its modules and the custom scripts to be used is stored in the nsclient.inifile, usually stored in the C:\Program Files\Centreon NSClient++\ folder:

The default configuration comes with most of the features and options already enabled and ready-to-use. Nevertheless, Centreon recommends to adjust and/or set some additional parameters (mostly for safety purposes).

In the [/modules] section, check that the NRPE server is enabled:

(This can also be done from the Services management console).

NSClient++ does natively provide a Web Server, allowing to monitor the target Windows Server using the HTTPS protocol. Centreon recommends to use this method rather than the 'old' NRPE & NSCLIENT protocols, including the following benefits:

To use the RestAPI feature of NSCLient++, you first have to enable the Webserver service:

You can also display the password you previously set if needed by running:

Any issue related to the configuration of the agent and its usage, please refer to the wholesome official FAQ of NSClient++ that will help you to solve the most common issues.

Any concern or question about the centreon-nsclient packaging and the usage of the Centreon Plugins, feel free to open an issue on our Github project.